As I walked around the village with a friend, our doggies, and my hubby today I noticed a gorgeous blue sky.  Two years ago today we all said our formal farewells to Jeff, my brother – the bloke that added some ‘glue’ to our little family unit.  Jeff would wake up every day and no matter what card was dealt to him he would see the blue skies and now his soul soars in the blue skies every day. Free as a bird; caught on the warm air that circulates above us; sending smiles into our hearts when we remember his ‘Jefferisms’, a phrase I coined on his send off and day of remembrance.

Jeff had a horrible disease.  Multiple Sclerosis  – MS.  Take a few minutes to look it up on the interwebby.  It is a scary disease.  Completely random in how it attacks and affects anyone who is diagnosed with it.  With symptoms that swing from tiredness to total paralysis.  There is not a predictable path to how it will affect the person diagnosed with it. It is as brutal as any of the cancers and other serious life limiting illnesses out there.  There are medicines to allay symptoms, there are treatments and there are scientific breakthroughs. But as yet there are no cures.  Positive mental attitude about everyday life – good nutrition – an excellent support network – quality sleep – well they can all add to improved life living with MS.

Jeff was diagnosed in 1996, aged 24 and at the time his symptoms were fairly mild:  fatigue, he dragged a leg, fell over occasionally.  By the time his time to soar in the sky came he had changed his view on what was acceptable living standards, almost every day.  Jeff could barely speak in the last year – the muscles allowing him to control his speech were weak.  He had a peg feeding tube for all nutrition:  he still loved to smell foods and drinks and it may seem as if he was being taunted but he would insist on sniffing a cup of coffee when we went out.  He could not move by himself or do any of the normal functions that we take for granted.  But every day he woke up and with the support of his amazing care team, he lived every day to end.  A simple trip to the shops, a medical appointment, a at the seaside watching others eat ice cream and fish n chips, his pop concert trips – all made him smile.  His catch phrase became ‘whatever’ and he mouthed that with a cheeky smile right to the end.

What you may not know is that our Mum also had Multiple Sclerosis.  She had a very different journey with her disease, via a condition called Arachnoiditis that was caused by an injection into her spine in the early 1970’s; then she had an accident where her hand became disfigured and disabled due to nerve damage; breast cancer in the mid 80’s and was finally diagnosed with MS in 1993, age 53.  She was told she had probably had it for 30 years.  She fought to live every day – her pleasures were knitting, making pickled onions, keeping company with her pet Yorkshire terrriers.  She died in 2000, aged 60 from bronchial pneumonia associated with MS.

5 weeks ago I won an entry into the Outlaw triathlon on the 23rd July.  I was delighted to win it via BlueSeventy who are one of the sponsors of the event and I am lucky enough to have won some swim gear aswell and will be getting a new wetsuit as part of the prize too.  I felt it gave me a new sense of focus and that was and is very much needed.

I will be taking on my second Outlaw – a 3.8km lake swim:  180km road bike ride and 42km run – all back to back after 22 weeks of training.  I hadn’t planned to set such a big goal this year as I have had 18 months where I have run very little due to a serious knee injury.  I had surgery mid-December to sort out the four things inside and started rehabilitation.  Then I won the space and the rest, as they say, is history.  In 2014 the TV crew decided to follow me around the course and I dedicated that journey to Jeff.  This journey I dedicate to all those living with and affected by MS.  Everyone involved in the journey of MS – whether you are the patient, a family member, friend, or support network, medical teams, advise support teams – you make days easier for all.  I want to honour them all by raising a little bit of money towards MSUK who have supported our family – and families just like us.

Today I decided to set up a Justgiving page to add a new dimension to a challenge that I am training for on the 23rd July.  If you know someone who is affected by the journey that MS creates then I would truly appreciate your support.  Oh and if you fancy coming to cheer me on – please do get in contact as I would love as many of you out on the course as possible.  Last time took me some 14 and a half hours to complete – and it was a super experience. 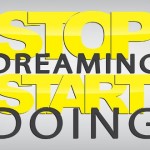 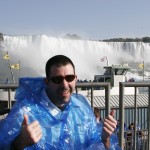 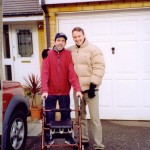