2017 is a good year.  It is going to continue to be a ‘good’ year for all. The last couple of years have thrown a lot of mud in our eyes and we have had to wipe them clean far too many times; even with our positive ‘can do’, ‘anything is possible’ beliefs we have to admit that the last few years have been an emotional challenge for team eKuiLibriuM.  But we have come through some of the darkest hours and we are here ready to say ‘hell yes’ and reap all the joys of 2017 big time!

We are a couple that enjoy being sporty.  Larry is a competent and effortless athlete.  He is the kind of sportsman that no matter what he turns his hand to he has a natural ability and more importantly, gets great pleasure from participating in sporting events. He would never write that of himself, ever.  He would never tell you how good he is, because he is very humble.  But I can shout out from the rooftops that he is quite simply the kindest, supportive, motivating, talented, husband, father, son, personal trainer, athlete, friend, that you would ever want to have fighting your corner.  He has a talent for inspiring belief and cultivating the best in you.  Who wouldn’t want him in their life?  I am eternally grateful that I bumped into him in a Karaoke bar in September 1996 during his ‘month off’ track racing.  Yep he was a bit tipsy, and probably didn’t really remember who I was until we met the Tuesday after – but twenty one years on, he still brings out the best in me.

2017 sports wise for Larry has seen his focus on indoor track athletics.  At 53 he is classified as a Master or Veteran in sport.  It gets us all beyond about 35 in most other sports, and I think over 18 in swimming!  So the term is quite amusing really.  What it does offer is the chance to compete with athletes of the same age which levels the playing field for all.  If you are a parkrun runner you will see you get a percentage age grade for every 5k run you do, this is what is ‘important’ for gauging where you are against other runners of your own age category (although a win or high age place will always make us runners feel far prouder than a percentage, but it is a very good gauge for your fitness.  Check it out next time you run one!).

Back to Larry…. The last three weeks have seen him rock up to the Lea Valley Athletics track, warm up for ages and then throw himself around the 200m indoor track against a wide range of 50 to 55 year old men over 1500m… and he has done pretty darn good!  A silver, and two gold positions and each race has seen an improvement of his time.  He has another race at the end of the month which is the ‘biggie’, the British Masters Indoors and he aims to keep himself fit enough to compete at either 800m or 1500m to the best of his capability – although he does have a chance to see Arsenal v Lincoln in the FA cup quarter final, which is another passion in his life and may have an impact on his final race choice!  Off the back of this he has also re-joined a local Masters Athletics club and aims to get out on track again over the summer months.  His love of athletics, competing for himself or his team, and the joy of being out there keep him on track to dig deep and believe in himself.

I on the other hand am not a natural athlete, but do love a challenge!  Over the last couple of years I have also been plagued with a rather frustrating knee injury but I have had surgery and I am now healing and ready to take on my next kind of crazy challenge.  I am beyond excited as I have won a space in the Outlaw Triathlon – 3.8km swim, 180km cycle, 42km run – on the 23rd July this year.  It feels a little bonkers to be having a go at another full iron distance triathlon, 3 years after the my only other attempt (and completion!), but the joy it has brought me since I found out that I have won the spot from blueseventy has seen me smile from ear to ear and I am now three weeks in to the training and my body and biomechanics are enjoying the journey.  Having spent two years training for Challenge Barcelona 2013 and Outlaw 2014 I know that the training is just as important and every time I pull on my @blueseventy swim gear, trainers or jump on a bike, I must enjoy that aspect just as much as the thought of the event itself.  Sleep is of an extremely good quality right now and the walks and yoga that I have added to my daily life help to keep it all in balance.  You might spot us two wandering with the dog, or me with some local friends walking – do join us if you do.

2017 is going to be good for all of us.  There will always be some kind of soap-opera craziness happening somewhere, but dealing with it is always far easier when you stay focussed on the simple things in life and establish what is important to make you feel good about yourself. 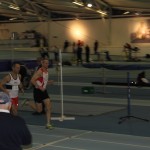 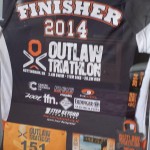 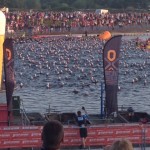 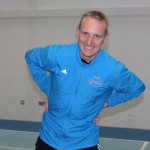